The Science Behind It

How To: Plant Based Eating in Boise, Idaho

Videos and documentaries that impart scientific, anecdotal and visual concepts quickly and in a memorable way are a fantastic way to launch into the whole food plant based lifestyle.  I have listed them in the order of importance, in my opinion.  I have also listed them by three topics:  suitable for family viewing, adults or older teens and animal activist (graphic).  At this time, they are grouped by the service carrying the content.  Green print contains viewer warnings for young audiences. 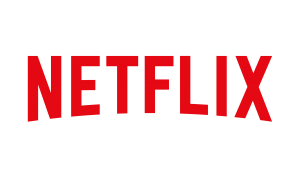 Very focused on elite athletes who are now getting a competitive edge by changing to vegan lifestyle.  There are a few swear words thrown in here and there and a ‘penis segment’ that is maybe not for young kids.  There isn’t any animal violence, altho the MMA wrestling/fighting sequences were pretty bloody with fighter violence.

In a unique and powerful meeting of research and clinical science, this documentary includes ‘The China Study’ science done by Dr. Colin T. Campbell, PhD and the work by Dr. Caldwell B. Esselstyn, Jr., MD, with cardiac patients.  Esselstyn’s cardiac study with 18 patients whose cardiac disease was reversed was published in 1995.  All 18 patients, many of whom were told to ‘get your affairs in order, go home to die’, survived the initial 12 years of the study, and in 2011 14 patients were still alive, two decades after the study began.

Excellent content in an occasionally annoying format where the man verbally assaults receptionists over the phone and in person, asking questions they can’t answer….and he wonders why nobody from the government or food industries will return his calls.  Includes Dr. Michael Klaper, Dr. Neal Barnard, Dr. Garth Davis, Dr. Esselstyn, Dr. Michael Greger.  Excellent graphics explain concepts like the complex connection of meat/dairy/eggs = diabetes.

Same guy as in ‘What The Health?’ this documentary starts with Al Gore’s Inconvenient Truth.  The principle character questions why the science that points to methane (animal-produced) tremendous impact and contribution to greenhouse gasses is ignored by all major environmental groups.  His hypothesis is that the victim/perpetrator mentality keeps funding rolling into Greenpeace, Sierra Club, etc. and avoids pissing off more people who might donate.  Animal agriculture is a powerful lobby. 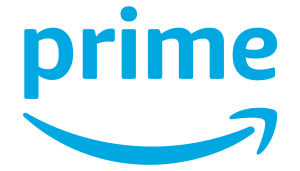 Good pieces on the history of US food policy, obese kids.  When fat was villainized and removed from the American diet, sugar replaced it.  Good comparisons of cost of processed foods vs whole foods.

Dr. Terry Wahls, MD, a physician with MS goes from wheelchair to riding her bike 18 miles with her family.  Anecdotal patients in Tigard, Oregon, a nanny in Bend, OR and an artist in Portland, OR.

Being overfed but starved for nutrients is well explained.  Includes filmmaker Kris Carr ‘Crazy Sexy Cancer’.  Includes all the names that MSG goes by in food labeling, which is in 80% of processed foods.  An interesting study of MSG fat-induced mice.  Diet sodas and aspartame toxicity discussed, including the formaldehyde that forms in the brain.  Large juicing component, with the ‘better fast juicing than fast food’ comment.

Juicing is the focus of this documentary, but it is still worth watching for the dramatic disease reversal and a hard look at SAD (Standard American Diet) by an Australian.

More information on the dramatic disease reversal and a hard look at SAD (Standard American Diet).

Recipes demonstrated in the last part of the film are favorite WFPB comfort foods.

This New Zealand film features Prof. Dr. Robert Lustig, shows all the sugar put in processed foods, even in unexpected places like tuna, mayo, etc.  “Oh God” response several times may offend.  Sugar is a cheap substitute for fat and increases sales.  No downside for food industry.  Costs of chronic disease discussed.  High sugar intake leads to higher triglycerides and sticky blood.  Huge piece on babies having teeth removed due to decay.  Squeemish bit from 24:56 to 26:56, an excruciating 2 minutes at dentist.  Again from 42:12 to 42:35.

Australian film, fun ‘talking labels’, good shelf visuals for kids as well as other kid-friendly visuals like ‘sand paintings’.  But guy in his orange underwear showing his weight gain over the 6 weeks.

Mobile dentist in Kentucky, in Appalachian Mtns.  A 17-year old getting bloody painful dental extractions from 52:23 to 54.

Brain studies at an Oregon research facility are fascinating.  This film really shows how sugar increases triglycerides.  Basically Keto is what he returned to after the experiment.

Anyone on statins, with a family history of coronary artery disease or currently under the care of a cardiologist should watch this film, just to be informed.  Yes, there is open heart surgery, blood and tragic stories of personal loss, but it should not deter anyone from having this knowledge in their head.

Surgeries throughout the film, but integral to the content, not gratuitous.

I don’t like the piece about FMI going in all SWAT-like on a Mom feeding her kids SAD.  They mean for it to be humorous, but I was not particularly amused.  Just bad form.

Starts out rather naïve, sweet, snarky and light, but not one I would recommend for children.  A fair amount of biometrics and blood tests were used to track their health changes, but there are also some visuals that are gut-wrenching, even for adults.

Sneaking into slaughter houses and farms left me with images I wish I could remove from my brain.  For being slightly goofy at the beginning, it really disturbed me, so be aware.

Relies on a lot of evolutionary dogma.

Campbell family loss inspires next generations to seek the cause of disease.  China Study.  Jump Starts in Kentucky and legislative battle to get wording (finding of fact) included in the legislative record.  North Carolina, Chapel Hill at Reeds Downtown Table for Jump Start.  Nobody with less than 175 total cholesterol could participate, involving Kentucky State University.  Jump starts were 10 days in length, blood tests taken at beginning, food provided to subjects for 10 days, blood tests taken at end.

Such a great film to watch more than once.  I am hoping an active pod can be started here in Idaho.

Cute video with fun graphics that covers the basics of this lifestyle, altho her voice is sooo soothing, watch it when you are alert.